In 1975, Việt Cộng won the war and united North and South Vietnam. During that time my uncle-in-law, Chú Tế, served as an officer in the Vietnamese Navy for the Americans. After the president’s declared that the war ended, Chú Tế received words from his commanding officer that his navy ship must leave the harbor at once. The officers and the navy ship could not risk being captured by the Việt Cộng. Chú Tế was permitted to bring his family along.

Quickly, Chú Tế notified my maternal grandparents that our families can board the Vietnamese/American naval ship and leave Vietnam. If we were interested in going, we need to pack and leave immediately. The ship will be leaving the dock within a few hours. The Americans had to leave before the Việt Cộng settled in. 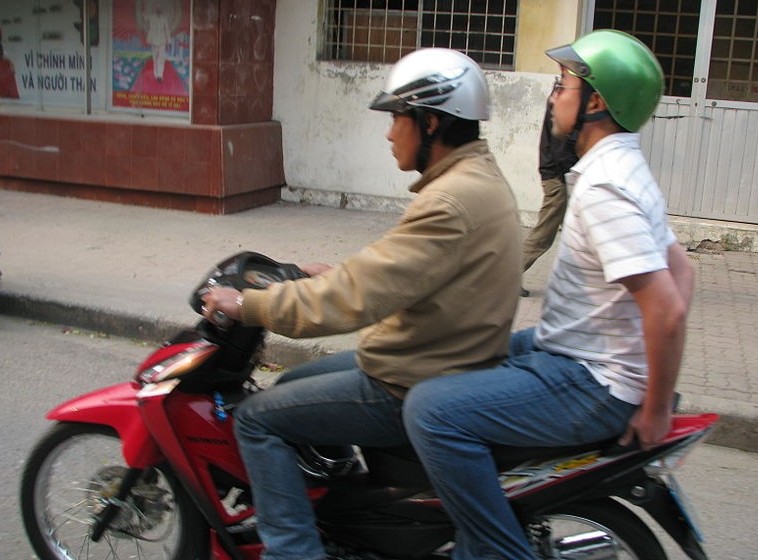 “Be ready at any time, we will come and pick you up.” This was the message for my grandparents.

Mai Hương was 10 years old in 1975 when she left Vietnam. On the day the war ended, she remembered the chaotic traffic and the loud explosion of bombs in the distance. People, wagons, motorcycles, and bicycles were in disarray.

In the house, she heard whispers behind closed doors. All the aunts and uncles were secretive. She didn’t know what was going on but she can tell that something big was up.
Everyone started to pack and get ready to go somewhere.

My grandfather took his motorbike with my uncle. They rode through the chaotic traffic of Saigon and over to my parents’ home. “Pack your bags for the family. We are going to America.” He told my mom.

With no warning or notice, my parents declined the invitation to leave. The youngest child was three at the time. They were not ready to go. My parents chose to stay and weathered the storm. “Perhaps, life won’t be so bad.” my dad thought.

My grandfather took off to notify other family members but could not reach everyone. The pandemonium of the war’s aftermath also slowed him down. He ran out of time. Sadly, he returned to the group who was ready to leave for Vũng Tàu’s harbor. My grandfather had 9 children. Five out of the nine children left with him to America. Three people who worked for my grandparents also came along. They were Cô Chắt, Cô Loan, and Chú Phương. Cô means Miss and Chú mean Uncle in Vietnamese.

When they arrived at the harbor, Mai Hương was told that she was going to America. She was excited. Everyone she knew and loved was with her. She knew she would be well cared for. “Wow, what a huge ship.” thought Mai Hương. “This is going to be a great adventure.”

Before the ship set sail, the captain gave the civilian passengers one last chance to go home if they so choose. Whoever wanted to stay in Vietnam may leave now. The thought of leaving Vietnam possibly forever was devastating, Cô Chắt felt homesick. She worked for my grandparents and her family was not on the ship. She chose to leave the ship and stayed in Vietnam. Cô Loan stayed on the ship. She had a crush on our uncle Voòng. Chú Phương was another worker for our grandparents. He stayed because he had his eyes set on our aunt Ðóm.