In order to understand a little bit more about where I came from and my background, I would like to share a brief history of the Vietnam War and its impact on me as a young child and as an adult. Even to this day, I am never in favor of wars and definitely not a fan of watching any type of war movie. No one really wins. After the war, we were left with deaths and destruction. 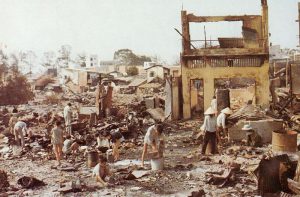 Thanks to the internet technology of today, I was able to research the details of the Vietnam War at my fingertips. Wikipedia and several other websites were great resources for my research. I found different articles of different opinions about the war as well as a timeline of the war.